Immigration Reform supporters are uniting on May 22 and 23, 2013 to take digital action. Use the widget below to contact your senator and let them know that you support legislation that will bring further innovation and investment to our nation.

Jaensch Immigraiton Law Firm was recently honored as a finalist for International Business of the Year at the Frank G. Berlin Small Business Awards.  The awards featured the best of Sarasota businesses and were even attended by our Congressman, Vern Buchanan.  Congratulations to all the other finalists and winners! 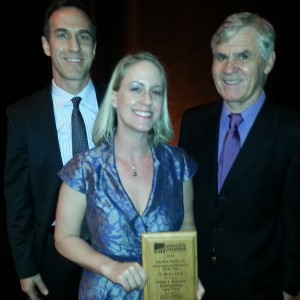 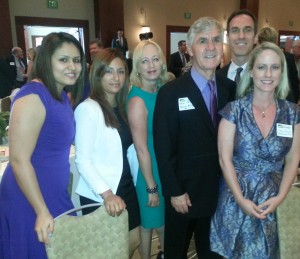 Comprehensive Immigration Reform is coming and we want to make sure the Sarasota-Bradenton area is informed and prepared.  We began our informational campaign last week at the Multicultural Festival organized by the Manatee Technical Institute and Esperanza Gamboa.

The Annual Multicultural Festival features live music and performances by Latin dance troupes.  Businesses and organizations sponsor for a table and promote themselves to the public.  Jaensch Immigration Law Firm partnered with Manatee Community Federal Credit Union for a table.  We brought informational flyers advertising our upcoming joint seminar on June 19, at Suncoast Community Capital at 6pm.  Attorney Cesar Gomez spoke with interested attendees on a range of legal issues, mostly immigration related.  He was also invited to speak to the crowd at large.

Employees of Jaensch Immigration Law Firm produced a short slideshow explaining the possibilities of immigration reform and the program that Manatee Community is developing to help immigrants finance their journey through the possible legalization process.  You may view it below.

The event was a great success with the room full of attendees and businesses.  The dancers displayed incredible talent and a good time was had by all.  We want to take this opportunity to thank Manatee Technical Institute and Esperanza Gamboa for inviting us to the Multicultural Festival.  We look forward to working with you in the future. Latin dancers show off their skills at the Multicultural Festival

How to Prepare for Comprehensive Immigration Reform from Michael Marquet

Sarasota, FL – Much of the recent discussion about immigration reform has centered on enforcement and legalization of undocumented aliens, but hidden in the Senate immigration bill are a number of proposals that could benefit the Sarasota-Bradenton area, including extended visitors visas for Canadians, a Retiree Visa, a short term visa for foreign executives and managers of companies with operations in the U.S. and a temporary visa and green card category for entrepreneurs.

The bill would allow Canadian retirees to visit the US for up to 240 days.  They would have to be Canadian citizens, be at least 55 years old, maintain residence in Canada, and have purchased or signed a rental agreement for a property in the United States worth $250,000 or more.

The bill would allow foreigners who purchase $500,000 or more worth of property, maintain ownership property, reside for more than 6 months/year in the US, and who are at least 55 years old to apply for a visa.

The bill would create a temporary start-up visa for foreign entrepreneurs who have obtained $100,000 or more from outside investors for their company and have hired 3 or more American workers.  It would also create a permanent start-up visa for entrepreneurs who founded, are employed as a senior executive at, and own a significant portion of a US business.  The business would have to have created at least 5 jobs and received $500,000 in venture capital or created 5 jobs and generated $750,000 in revenues within the US in the previous 2 years.

The bill would raise the cap on H-1B visas from 65,000 to 110,000 with the possibility of increasing it to 180,000.  The number of H-1B visas available would be partially dependent on a formula that would factor in the strength of the economy in a given year and determine the number of foreign workers to be admitted accordingly.

It is important to note that the Senate bill is not the final word on immigration reform.  It must still go through the legislative process, which could cause it to be changed significantly.  Then, it must past the Senate.  At the same time, an immigration bill must also pass the House of Representatives and the two bills must be reconciled.  Supporters of these proposals should email Senator Marco Rubio (http://www.rubio.senate.gov/public/index.cfm/contact) and Senator Bill Nelson (http://www.billnelson.senate.gov/contact/email.cfm) to express their views and preserve these provisions.  To read the full text of the bill as it stands please visit http://www.govtrack.us/congress/bills/113/s744/text.

Jaensch Immigration Law Firm is proud to announce that attorney Victoria Jaensch Karins has been elected chairperson of the American Immigration Lawyers Association, Central Florida Chapter (AILA-CFC).  The Central Florida Chapter includes over 300 immigration attorneys and, aside from southeast Florida, covers the entire state.  Previously Ms. Karins served as the Education Chair and the Vice Chair Tampa Region for AILA-CFC.  She is the first AILA-CFC chairperson ever from Sarasota.

As chair Ms. Karins will serve as the initial point of contact between AILA-CFC and outside organizations, companies, and agencies.  She will be in charge of the chapter’s general operations and communications to and from the national level.

“It is an honor to be elected to this post.  I look forward to serving my fellow immigration attorneys with enthusiasm,” says Ms. Karins, who obtained her law degree in 1994 and has been practicing immigration law ever since.  Together with her brother, managing attorney P. Christopher Jaensch, and the other attorneys at Jaensch Immigration Law Firm, she is part of the largest immigration law firm on Florida’s Gulf Coast.

“With major potential changes in immigration law on the horizon it is very important for immigration attorneys to work together for positive reform,” says Ms. Karins, referring to the Senate bipartisan immigration reform bill.  She herself has already been to DC to lobby for reform.  “The political climate seems amenable to immigration reform,” says Ms. Karins, “the bill still has to go through the committee process and floor debate and we look forward to helping shape it throughout the process,” she continued.  “That being said,” she added, “it is also important for us to educate the public to reduce the potential for fraudulent activities from unlicensed and fly-by-night organizations, otherwise known as notarios.”

Immigration reform could bring far-reaching changes such as the creation of a start-up visa, retiree visa, and most controversially, a path to citizenship for the 11 million undocumented immigrants living in the United States.  “Certain people are too focused on the provisions regarding the path to citizenship, the bill contains so much more,” says Ms. Karins.  “The creation of a start-up visa for foreign entrepreneurs, a W visa for foreign workers, the expansion of the H-1B visa program, and the creation of a retiree visa could all be very positive in terms of increased vitality and economic growth,” she continued.

DV Lottery 2014 Results Now Available! And We Have a Winner!

If you applied for the 2014 Diversity Visa lottery, you can now check your status online.

Be wary of emails that claim you won.  The US Government will NOT inform you directly if you won or not.

You can check your status here.

We checked today and we have winner!

We Have a Winner!