The immigration lawyers at Sarasota’s Jaensch Immigration Law Firm learned of the rally earlier in the week and founding member, Peter Jaensch, decided to lend his support and attend.

The rally was a great success.  Dozens of people lined US 41 with signs and balloons, urging the cars passing by to honk for immigration reform.  The drivers were not afraid to show their support and the air was filled with the sounds of honking vehicles and cheers from the intrepid ralliers.  Immigration attorney Peter Jaensch took a few photos and was even featured in the Sarasota Herald-Tribune article covering the event. 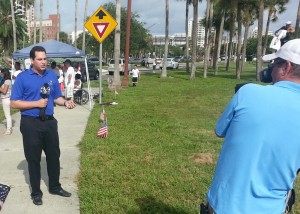 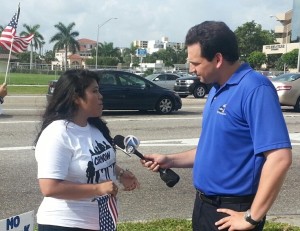