AILA: Renewal Process for DACA Opens; Get Started As Soon as You Can!

Visit our website, DeferredActionFlorida.com for more information on DACA and fill out our form to apply.

WASHINGTON, DC — The American Immigration Lawyers Association (AILA) commends U.S. Citizenship and Immigration Services (USCIS) for releasing details of the Deferred Action for Childhood Arrivals (DACA) renewal process so that applicants can begin their renewal process in a timely manner.

“It is great to see USCIS continue this important initiative,” said T. Douglas Stump, President of AILA. He continued, “These two-year grants of deferred action have already made a tremendous impact on the lives of so many young people and on the communities in which they live, study, and work. It is vital that those granted deferred action not let those important grants lapse.”

The temporary grant of Deferred Action for Childhood Arrivals is given in increments of two years and offers the chance for work authorization, in most cases a driver’s license, and in some areas, in-state tuition for public colleges and universities. Renewal applicants will need to submit Form I-821D “Consideration of Deferred Action for Childhood Arrivals,” Form I-765 “Application for Employment Authorization,” and the I-765 Worksheet. The $465 fee for filing and biometrics will need to be paid; USCIS will conduct a new background check for those renewing DACA.

“My message to DACA recipients is to start work on it now, so that you are ready to file when you come within about 120 days of the expiration of your current grant period,” Mr. Stump warned. He added, “Processing could take months and you do not want to lose your work authorization because you didn’t get your forms in on time. For anyone who has a question, has had a change in their circumstances since receiving DACA, or is still deciding whether to apply, I encourage you to seek the advice of qualified counsel. Sometimes an immigration attorney will find that you are eligible for another, more permanent type of relief or may help you discover that a change in circumstances changes your eligibility or your risks. Getting help is a good idea for anyone with questions to avoid submitting erroneous information to USCIS and clouding your future.”

Country conditions in Central American countries such as El Salvador and Honduras have resulted in over 50,000 unaccompanied minor children making treacherous journeys to seek safety in the U.S. since October 2013. Some may be able to stay in the U.S. if they can demonstrate that their lives will be jeopardized if they returned to their country of origin. The Obama administration has started to speed up the process of scheduling immigration hearings on these children. AILA National, AILA Central Florida and legal aid organizations in Central Florida are working together to ensure that children in this region at least have basic legal representation.

The Obama Administration is considering administrative fixes due to Congressional inaction on immigration reform. These include potential remedies for undocumented parents of U.S. citizens here, and revising the way available green card numbers are counted so as to reduce waiting times in employment and family-based categories. An announcement could come as early as this month. AILA has been on the front line of presenting potential administrative fixes to the administration.

Detainers are the so-called “immigration holds” that local police engage in on behalf of ICE. When someone suspected by law enforcement to be undocumented is detained by local police such as for a traffic stop, Sheriff’s offices are permitted to hold that individual for 48 hours while ICE determined their immigration status or whether to pursue removal proceedings against them.

Often Sheriff’s offices hold people for much longer than 48 hours. Some of these individuals are U.S. citizens or green card holders.  Immigration violations are a civil matter, not a criminal matter, and these individuals should not be held indefinitely without probable cause that they have committed a crime. Counties incur substantial costs and liability in breaking the law on behalf of ICE.

Due to efforts by the ACLU, The Miami Law School Immigration Law Clinic, AILA Central Florida, and AILA South Florida, and other organizations, Sheriff’s offices throughout the state are ceasing these detainers unless there is probable cause to detain. 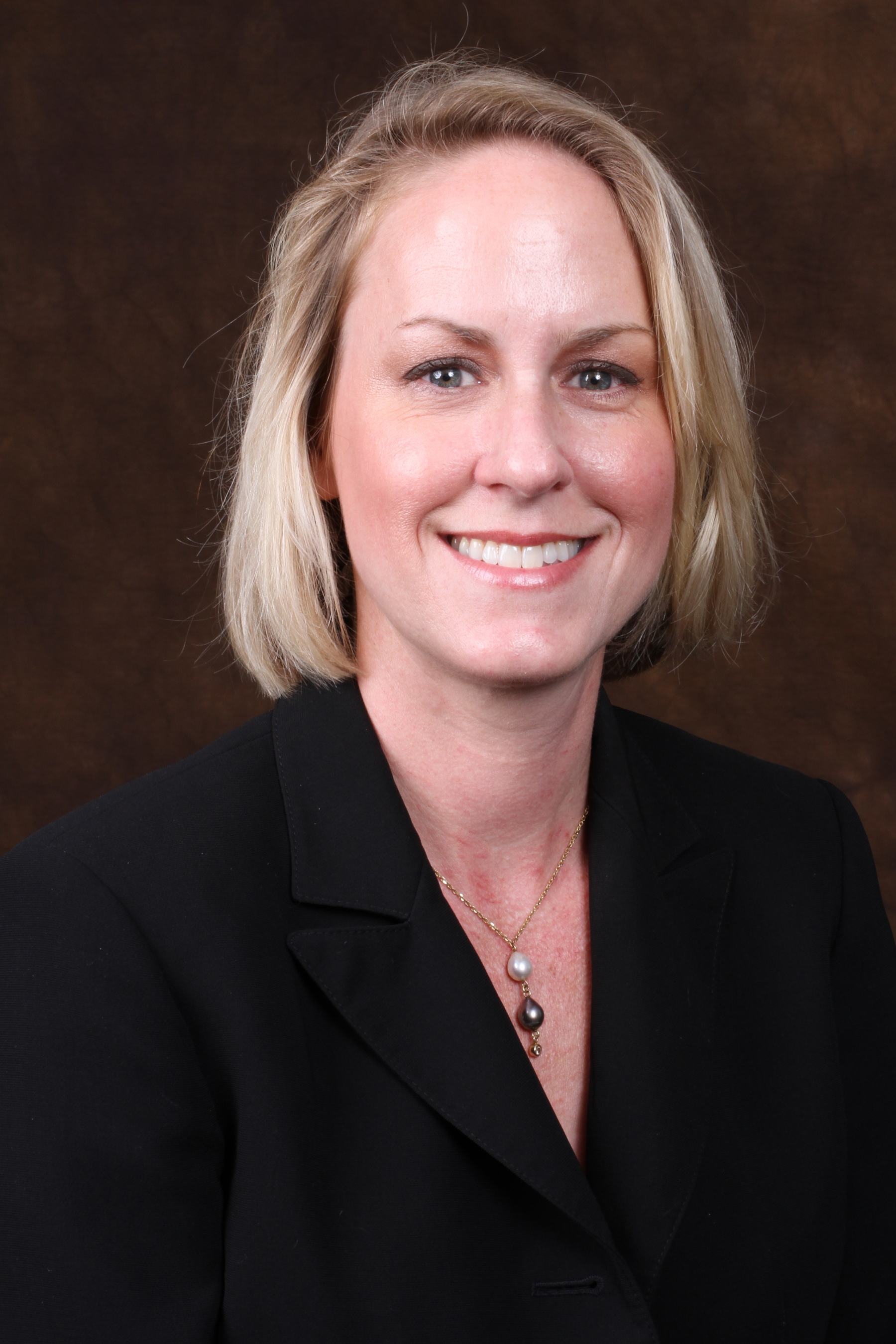 Attorney Victoria Karins was asked to write a guest blog post on the AILA Blog.  We reposted the article below.

Last week, the Florida legislature passed two bills that are heading to Governor Rick Scott, who has stated that he will sign them. One grants in-state tuition to undocumented “Dreamers.” Another will allow Jose Godinez-Samperio, a DACA recipient and law school graduate, the ability to be a licensed attorney in the State. Jose was in Tallahassee in the gallery on the day the Florida House passed the bill. He was given a standing ovation.

I am still shaking my head. What happened to Florida? Gov. Scott ran on a platform in 2010 that called for Arizona-type laws to be enacted. Four years later, he is supporting significant pro-immigration legislation. I thought we could easily count on current Florida leadership to remain oppositional to any pro-immigration issue that was not forced upon them.

It would be easy to be cynical and chalk it up to politics. It is an election year, after all, and perhaps some politicians are finally realizing it is not a bad idea to try to garner favor in the immigrant community.

Certainly I believe that is a big part of it. But, I also think that we may be witnessing a change in attitude across the board.

After the vote last Friday, I was contacted by a local newspaper columnist who had written earlier in the week in support of the Jose Godinez-Samperio bill. He had received responses from readers asking questions such as “Why didn’t he apply for citizenship?” “Why does he need a special law, couldn’t he have started the citizenship process during law school?” “Didn’t he want to become a citizen?”

The columnist, Tom Lyons, from the Sarasota Herald Tribune, then wrote a follow-up column clarifying that Jose did not have the option of obtaining citizenship and said of the questioners:

the more I thought about those people who wanted to know why that would-be lawyer hadn’t applied for citizenship, the more I thought kindly of them. Though they apparently missed a key point in the nation’s immigration debate, I think their question was based on a nice assumption. They assumed that U.S. law couldn’t be as rigid and mean as it actually is.

I only hope that the individuals in office at the national level take a look at what is happening in Florida since I hear Florida might just be a tad bit important when it comes to presidential elections.  I hope they realize that the House really needs to follow Florida’s lead and move forward on immigration reform.

Signs that Immigration Reform May Happen This Year

Be Careful Who You Work With: Woman in Tampa Sentenced to Confinement for Unlicensed Practice of Law USCIS successfully prosecutes unlicensed immigration attorney thanks to tip from the Central Florida Chapter of AILA.

TAMPA – The efforts of U.S. Citizenship and Immigration Services led to the successful sentencing of a Tampa-area woman on September 18 to six months confinement, six months home detention and three years of probation for falsely using official seals of the United States.  Maria Virginia Constantinou pleaded guilty on May 29 to falsely using the seal of the Department of Homeland Security to perpetuate her unlicensed practice of immigration law and defrauding dozens of victims to pay her “legal fees” to help them obtain lawful immigration status.

USCIS learned about Constantinou’s activities from a tip from the local American Immigration Lawyers Association. That tip was investigated by USCIS’ Fraud Detection and National Security Directorate and resulted in subsequent charges against Constantinou.  Tampa and Orlando FDNS worked with agents of Immigration and Customs Enforcement to bring the case to prosecution.

“We at USCIS are proud to have generated this case for successful prosecution,” said Kimberly Dean, Chief of FDNS in the Southeast Region. “Constantinou victimized immigrants for personal gain and misrepresented USCIS. We are committed to combatting deceptive practices to ensure the integrity of our nation’s immigration system.”

According to court documents, Constantinou presented herself to immigrants in the Tampa Bay and Orlando areas as an attorney who could assist them with immigration proceedings with the U.S. government. In reality, Constantinou is not a licensed attorney.

USCIS launched an initiative to combat the Unauthorized Practice of Immigration Law with the goal of equipping applicants, legal service providers and community-based organizations with the knowledge and tools they need to detect and protect themselves from dishonest practices. Visit www.uscis.gov/avoidscams for more information.

Victoria Jaensch Karins is the current president of the Central Florida Chapter of AILA. For more information regarding this release please contact her via telephone: 941-366-9841.