A friend of the attorneys at Jaensch Immigration Law Firm recently submitted a video he made about the life of undocumented immigrants in New York and the hope that immigration reform is giving them for achieving the American Dream.

Partha first arrived from India to play tennis at IMG Academy.  He won a tennis scholarship to study at Lehigh University in Pennsylvania and obtained his degree.  He worked in investment banking for a while before deciding to follow his passion to become a filmmaker and moving to New York City.

Seeing the plight of undocumented immigrants in NYC and being an immigrant himself, Partha decided to add his voice to the call for reform through film.  As he put it, he wanted to differentiate himself from the many other films being done about this issue by making his a fiction piece, and incorporating more comedy.  By showing just how ridiculous the situation can be for some of the nation’s immigrants, he hopes to produce serious reflection on immigration law and its economic impact, healthcare and human trafficking.

Below you will find the first mini-promo Partha filmed.  He plans on filming two more.  He is using the promos to gather support for filming a full-length feature.  His goal is to raise $55,000 by January.  So far he’s raised $16,000.

Future plans include kicking off a Kickstarter campaign and continuing to raise funds through his network of friends, family, and colleagues.

To learn more and to donate follow this link.  Please enjoy the promo video below. 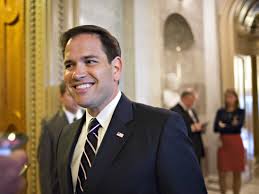 The Gang of 8, made up of Senators Schumer, McCain, Durbin, Graham, Menendez, Rubio, Bennet, and Flake released their framework for Comprehensive Immigration Reform in anticipation of the imminent full-text bill which we should see early next week.  The attorneys at Jaensch Immigration Law Firm read it and presented their thoughts below.

In their discussion of a path to citizenship, the Gang of 8 does not have much to say that is new.  They will require those who entered or stayed in the US without permission to register with the government.  Registrants will have to pass a background check and pay a fine and back taxes.  In return they will receive a legal probationary status that will allow them to live and work in the US.  If a registrant has a “serious criminal background,” or poses a threat to national security, they will be subject to deportation.  If they pass the first background check they will proceed to “the back of the line” for a potential green card.  In order to obtain a green card they will have to pass an additional background check, pay taxes, learn English and civics, and demonstrate a work history and current employment, among other requirements.  They will not receive a green card until “every individual who is already waiting in line for a green card…has received their green card.”

What is new is that no one will be able to even get in line for a green card until the border is fully secure.  The framework calls for improved use of technology, more drones, more agents, more fence, the creation of an entry-exit system that will ensure that those who enter the country on temporary visas leave on time, and the creation of a commission of southwest state governors, attorneys general, and community leaders that would determine when security measures are adequate.

Lastly, the framework seems to promise a different path to legal status for those who entered the country as young children, referring to the DREAMers and DACA, and agricultural workers.

From there the framework goes on to discuss improving the legal immigration system.  It mentions the need to reduce backlogs in the visa processing system but no specific measures for how to do so.  It announces that immigrants who get a Master’s or PhD in a science, math, engineering, or technology field will obtain a green card immediately.

Lastly, the framework touches on what the future immigration system might look like.  It seems to advocate for improving the H1-B work visa process to make it easier for employers to find and hire labor from abroad.  It specifically mentions creating a workable system to meet the agricultural industry’s needs, perhaps hinting at the creation of a new temporary visa for agricultural workers.  It proposes making our immigration system more adaptable.  It proposes permitting, “workers who have succeeded in the workplace and contributed to their communities over many years to earn green cards.”  This could mean creating a path to legal permanent resident status for H1-B holders and, perhaps E-2 visa holders.  We are definitely in favor of that.