Sarasota immigrants who need help preparing for an interview, understanding idioms, or just improving their social skills can find it with Accents Away.

Marcia Hoodwin is a certified speech pathologist living in Sarasota, FL.  She learned her craft at Indiana University where she received her bachelor’s degree and San Diego State University where she received her Master’s in Speech Pathology.  She worked for a small contracting business in New Mexico for several years before moving to Chicago and founding her own company, Accents Away.  In Chicago she worked with corporate clients whose employees needed assistance improving their English-speaking abilities.

After a few too many Chicago winters, she was looking for a warmer climate and got a contract for a job in North Port, FL.  The contract was for 3 months.  18 years later Marcia still lives in the Sarasota area and works improving the English-speaking skills of Sarasota and Tampa Bay area immigrants.

Accents Away offers accent modification, vocational rehab, and pediatric speech therapy.  Marcia works mostly with foreign-born professionals looking to improve their language skills.  She has helped all types, from doctors and nurses, to young children with speech impediments and she has quite a few success stories.

One story is about a young woman from Colombia, named Ruth, who immigrated to the United States with barely any English language ability.  She worked her way through an accounting degree and is currently finishing a master’s degree in taxation.  She had difficulty with interviewing and sought help with Marcia.  Last year Ruth obtained her citizenship and recently accepted a lucrative job at a CPA’s office in Ft. Lauderdale.  Everyone is inspired by Ruth’s work ethic, even her boyfriend who recently decided to enroll in engineering school himself! 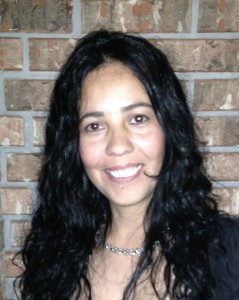 Another story involved a young woman from Japan who ran a successful Internet-based business and spoke English well but had difficulty in social situations.  Marcia designed a 13-week course for her that touched on social situations.  This helped the woman gain confidence and speak English better.  Now Marcia is proud to report that her former client is quite active; dating and volunteering.

Accents Away can be helpful for foreign-born professionals who wish to improve their English skills, children with speech impediments, or foreigners who simply want to gain confidence in the use of English.  Marcia’s #1 tip: Open your mouth and speak slowly. Marcia can be contacted via: