Cesar Garza is a Sarasota immigrant from Monterrey, Mexico.  His father worked in the Mexican oil industry and Mr. Garza spent his early years between Monterrey and Veracruz.  After completing college in Monterrey, he made his way to Cancun to work in the hotel industry.  Thus began a long and successful career in hospitality.

Mr. Garza began his career as a poolside events assistant and moved up from there.  He furthered his education by studying hospitality management at the Hotel School in the Hague, Holland (luckily all the classes were in English).  Returning to Cancun, he went to work with Marriott, then Ritz-Carlton.  He became Director of Conference Services for Ritz-Carlton’s’ Cancun, Jamaica, Amelia Island, and Sarasota locations.

After working in Sarasota for a few years, Mr. Garza decided it was time to move on to the next phase of his career.  He left Ritz-Carlton and started his own event planning company.  Called Event Designers, his company was founded in July, right here in Sarasota.  Due to the large amount of traffic from northern cities, Mr. Garza also established a New York office which he shares with his brother, an interior designer.

Mr. Garza applies the Ritz-Carlton motto and a meticulous attention to detail to every client. Things are going well for Event Designers; their website is full of images of the events they have coordinated.  Mr. Garza is based in Sarasota but he is willing to travel around the country to meet his clients’ needs.  He plans to start hiring additional event designers at the beginning of next Fall.  We wish him all the best. One of the Corporate Events displayed on Cesar Garza’s website 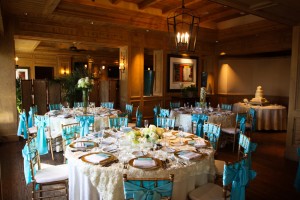 One of the weddings displayed on Cesar Garza’s website 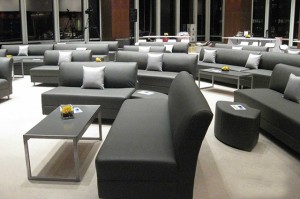 One of the Corporate Meetings Displayed on Cesar’s Website